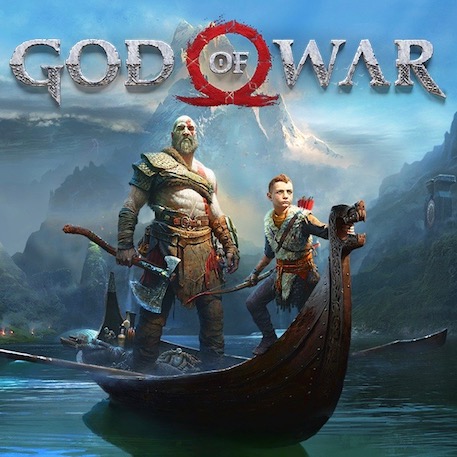 The latest God of War reboot (or is it a sequel?) has taken console critics and fans by surprise.

Everyone knew it was coming (it hits shops this Friday), but few expected it to be a contender for game of the year - let alone the generation. That's precisely the situation we find ourselves in with God of War, though.

Back up a second. What's God of War, exactly? To cut a long story short, it's a deeply cinematic action game franchise about an angry man named Kratos who beats up ancient gods and other mythical creatures.

The 25 best fighting games on iPhone and iPad
It started life as a 2005 PlayStation 2 exclusive, before going on to spawn a bunch of sequels, prequels and spinoffs. If you've played a slick combo-heavy action game in the last decade, it probably owes a debt to Sony's hacky-slashy series.

There was even a God of War mobile game at one point, albeit in pre-App Store times.

Modern smartphone users don't have any God of War games their own, unfortunately. Still, there are a bunch of great action games that do something thematically or mechanically similar.

No game represents accessible, cinematic hack and slash action on iOS quite like the Infinity Blade franchise. We haven't had a new entry since 2013, but it's still a reference point.

While its gameplay is nothing like as free-roaming (or as varied) as God of War, its slick graphics, intuitive combat and fatalistic man-against-gods storyline is definitely of a piece.

Godfire: Rise of Prometheus might as well have Kratos tattooed on its arm inside a love heart, such is the level of debt it owes to Sony's franchise.

You play the part of Prometheus, a bloodthirsty titan facing up to the wrath of the ancient gods. There are hordes of enemies to slay and epic boss battles to fight in gory combat. Is any of this ringing any bells?

Fans of God of War will doubtless recognise I, Gladiator's mixture of ancient history, inflated myth, button-mashing combat and ladles of blood and guts.

It's got a similar swipey combat system to Infinity Blade, but without being on rails.

Iron Blade: Medieval Legends
Gameloft has made many a game indebted to God of War over the years, but the most explicit examples are no longer available.

Last year's Iron Blade carries some of the same DNA, though. Its slick yet surprisingly deep combat and cinematic visuals are just what the homicidal demigod ordered.

Okay, so Eisenhorn: Xenos's grimdark sci-fi universe is a world (and several thousand years) away from that of God of Wars. But it's arguably the most notable console-style action adventure to appear on mobile in recent years.

Besides that, it's got a familiar blend of third person action and QTE button mashing, as well as a storyline that's high on the histrionics. Kratos would approve.

Here's another game with a futuristic setting that seems a million miles away from God of War when you give it a cursory glance.

Implosion's fast-based, combo-fuelled action gameplay reminds us a lot of those early God of War games, however. It's also one of the best examples of this kind of thing on mobile.

Those who follow the series closely will know that Kratos has switched his deicidal ways to the unlucky Norse pantheon for the current reboot.

Funnily enough, there's a recent mobile game that grants a mortal the power to spear towering ice giants and viking captains in the eye. The main difference with Lichtspeer - aside from its casual Angry Birds control system - is that it does so with a gleeful smile on its face.

Banner Saga
While we're on the subject of Norse mythology, Banner Saga is another game that wallows in the stuff. Unlike Lichtspeer, though, it's no barrel of laughs. In fact, it's even more ashen faced than grumpy old Kratos.

There's none of the fast-paced slaughter of God of War here - it's all turn-based strategy and brutal narrative decision-making. But if the coverage of God of War has gotten you interested in Nordic folklore, Banner Saga (and its equally brilliant sequel) is the place to turn next.